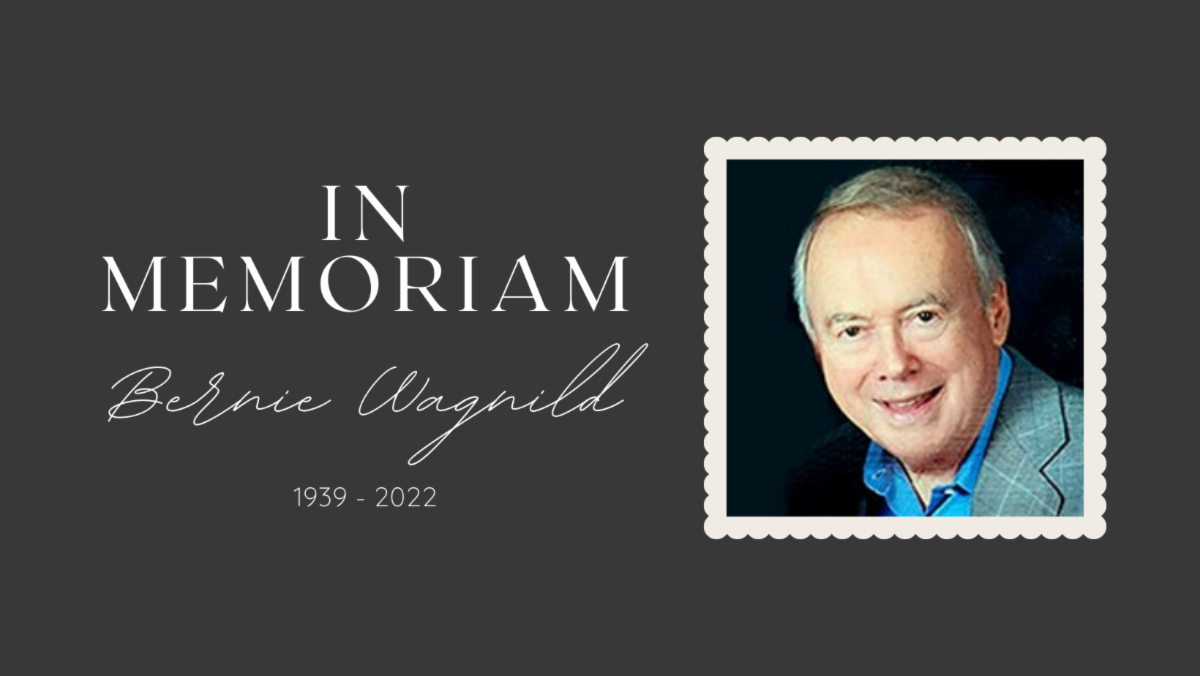 Bernie Wagnild, Co-Owner of Valley Buick GMC and other dealerships with Jim Paul, has passed away from complications of Parkinson’s disease. Bernie has had Parkinson’s for over 20 years but it never slowed him down. He is survived by his wife Janet, three children, six grandchildren and two great-grandchildren. A memorial service will be held at Prince of Peace Lutheran Church in Burnsville on January 31st. We at the Apple Valley Chamber will notify you closer to the service when details are available.
Bernie will be greatly missed by the entire Apple Valley Chamber of Commerce business community and our surrounding communities. He was known not just his overwhelming friendliness to everyone, but he was also a behind-the-scenes business leader. Even looking back to 2006 at the National Automotive Dealers Association convention in Orlando, the CEO of Time Magazine awarded him the TIME MAGAZINE QUALITY DEALERS AWARD, one of only 66 auto dealers out of 19,500 US dealerships. The award is selected by TIME with the assessments made by University of Michigan Graduate School of Business, a prestigious coveted award going only to the “best of the best.” He also served on the Board of St. Mary’s University in Winona as Trustee for 20 years, Fairview Hospital & Foundation Board for 35 years and started the Institute for Ethical Leadership at St. Mary’s University.
Through good times and recessions and even during the auto crisis threat of 2009 when over 500 dealerships were named to be closed by GM (including one of his but was saved) Bernie and Jim Paul’s leadership never wavered locally. When Cedar Avenue was being reconfigured for transit, they together were known as “the Leaders on Cedar” for all they both did to ensure business access wasn’t blocked throughout downtown. They have also hosted two Apple Valley Chamber Galas on their property, have been recognized for Apple Valley Business of the Year Award in 2018 and Apple Valley Chamber 2014 Legacy Award. Bernie was the model of both personal and corporate citizenship and a family man first. He will be greatly missed.
Here is a personal tribute from Bernie’s business partner Jim Paul: 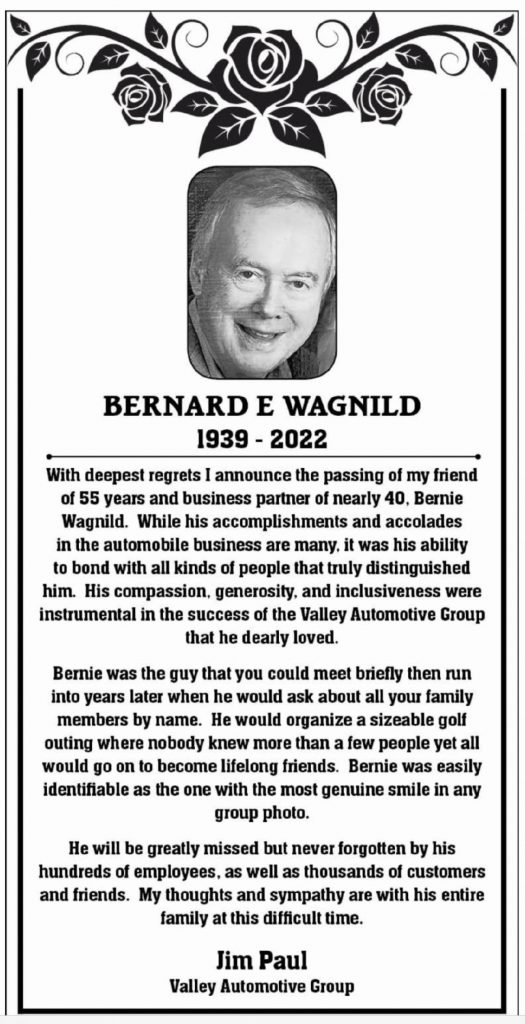