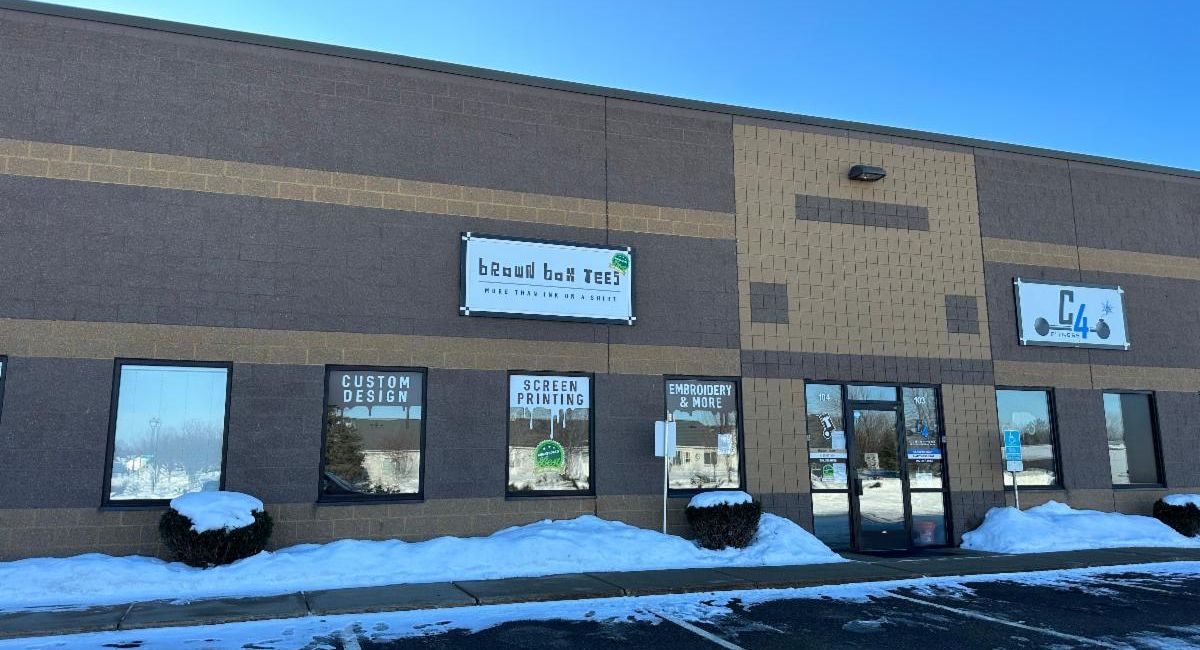 Brown Box Tees that has been located next to Alphagraphics in Apple Valley since 2014 has permanently closed. We included a note and bio of their owner Mikey Fornicoia as he has an amazing story both locally and in Los Angeles as a film editor and growing up in Apple Valley. It’s no secret that COVID really brought so many businesses down as does the current tough business environment. Just another reminder for all of us to SHOP LOCAL and support small businesses.

Before Brown Box, Mikey (pictured) was a film and television editor for 15+ years, 10 of which were in Los Angeles working in post-production on such project as; The Shield, Burn Notice, The Craigslist Killer, and Sons of Anarchy. He had his fill of LA and that industry alltogether. His heart led him back to Minnesota where he grew up.
He graduated from Eastview High School in Apple Valley, where his brother still teaches and is the head coach of the wrestling team. His parents, Mike and Judy, along with many of his siblings and their children still live in the south metro . Mikey, his partner Stacey and her daughter Bella have welcomed baby Ursa into their home in Lakeville who was born on lucky 2/2/22.
Share