ANN ALABOUD, OWNER OF SWEET TREASURES WILL BE ON TV TONIGHT 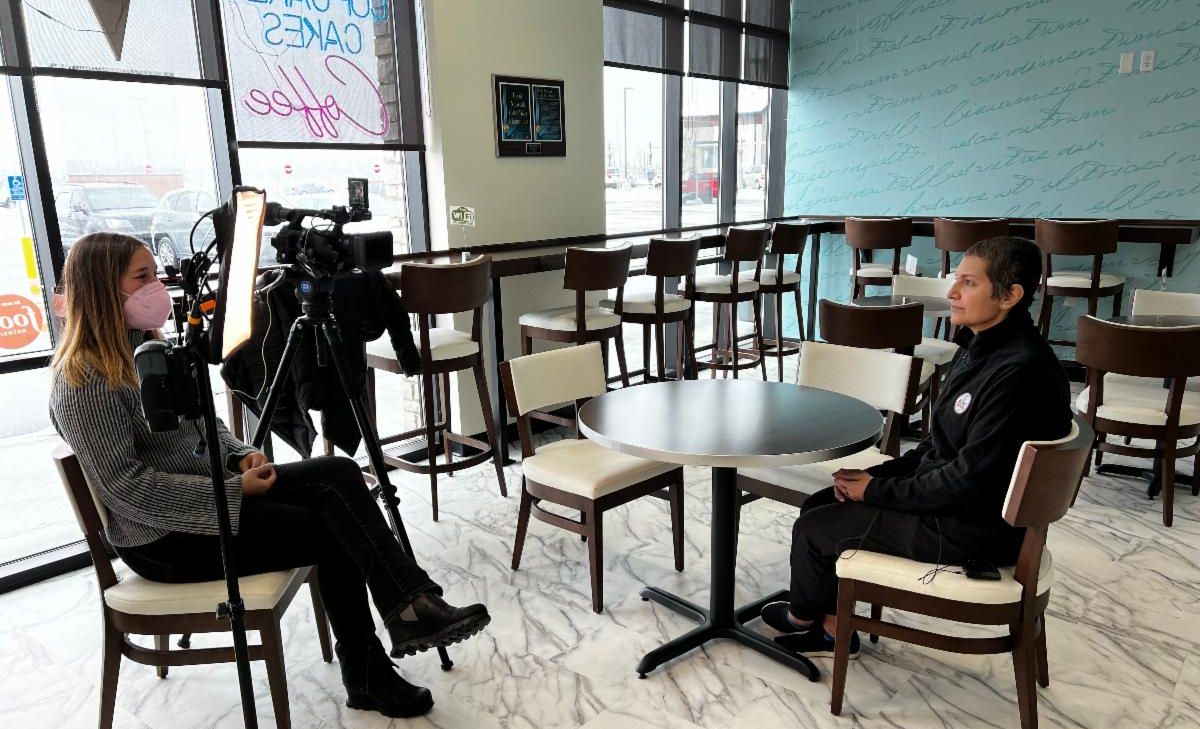 ANN ALABOUD, OWNER OF SWEET TREASURES WILL BE ON TV TONIGHT

ANN’S NEWS STORY AIRS TONIGHT (Thurs., Nov. 17th)
ON WCCO CHANNEL 4 at 6 pm.
We reported last Spring the sad news that SWEET TREASURES OWNER ANN ALABOUD had cancer.  Yesterday, SHE WAS INTERVIEWED ON WCCO TV.   We were there to help support Ann who over the last few months has completed chemotherapy as well as 14 hours of surgery to remove her esophagus and her stomach due to the spread of the cancer.  Ann is gaining strength and opened again last week after being closed for several months.
ANN was the winner of the Food Network’s “Cake Wars” over 5 years ago.  She was invited again and COMPETED a second time ON THE FOOD CHANNEL’S “THE BIG BAKE”, a new national TV competition for her to compete on again.  The show was filmed last February, a month before she learned of her cancer.  You can watch their new episode with Ann on Amazon Prime Video “Cakemas Carol” or the Food Network’s “on demand”.
Yesterday, WCCO Channel 4 reporter Marielle Mohs interviewed Ann and asked her many details about her condition, treatments and coping with a tough schedule.   What we at AV Chamber found most touching was how she now really appreciates the “little things in life” which are so much more amplified than ever being perceived before in life.  She especially really missed the creative touch she has for cake decorating.  She said she couldn’t have done it without the support of her kids and her husband.
Here are just a few examples of the amazing work she does with making not only beautiful cakes but also cakes that look so real:

Be sure to support Ann by stopping by if even just for a few amazing cupcakes to take home with you and taste for yourself the reason she won the CAKE WARS for being the best in America and maybe the new Food Network’s ‘THE BIG BAKE” and all right here based in Apple Valley.  Sweet Treasure’s is also a full Coffee Shop (free wi-fi) so come meet a friend or catch up on your emails with a coffee, hot chocolate (real chocolate) and/or heavenly sent cupcake decorated to perfection.  Ann is an Apple Valley Chamber of Commerce member.