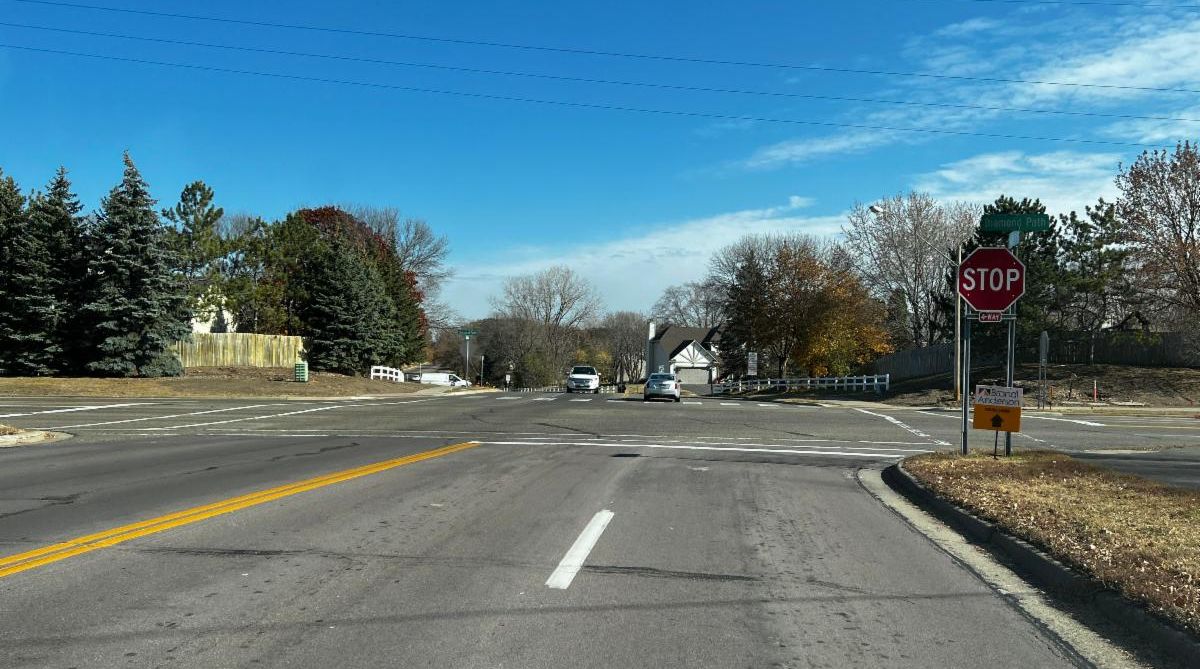 The long-planned change from a four-way stop at Diamond Path and 140th on the border of Apple Valley and Rosemount will soon have a single lane roundabout. The photo above shows the intersection of 140th and Diamond Path looking east. Past this stop sign in Apple Valley where the roundabout will be installed, 140th’s name changes to Connemara on the Rosemount side of the intersection.
Last week the two monument brick signs and flower gardens were removed from the Rosemount side in order to clear for construction.
140th from Pilot Knob (where Walgreens is) will change from a four-lane road into a two-lane road with a dedicated center left turn lane. This is a County project.
140th heading east to Rosemount. These four lanes will be reduced to two lanes with a center dedicated left turn lane. This photo was taken in front of Walgreens at 140th and Pilot Knob. The roundabout will be just in front of the White House at the end of the road in this photo. This is a County project for these two County roads.
Monument and gardens removed from Rosemount side of the intersection with Apple Valley at 140th and Diamond Path to get ready for a single lane roundabout.
Share