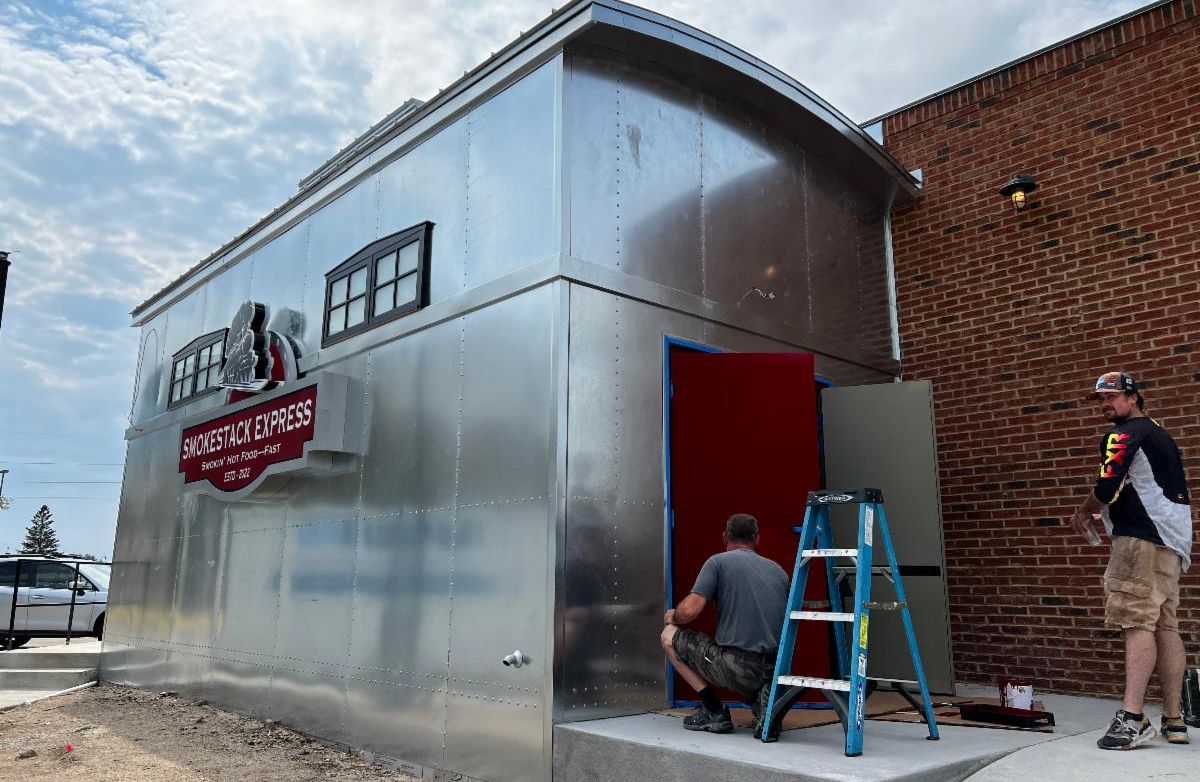 SMOKESTACK EXPRESS (train design) which is attached to COWBOY JACK’S will open in mid-September. On the left here painting is one of the owners Trevor Schneider who co-owns along with Ken Sherman who is well known for his restaurants in Apple Valley and downtown Minneapolis. Ken is also part owner of Cowboy Jack’s with Brian Michael who also owns downtown Minneapolis restaurants.
They will have a walk-up-window only and/or curbside pickup. Some of the items will be on the menu at Cowboy Jack’s as well but served through the kitchen. They will feature brisket, ribs and other smoked meat.
Share