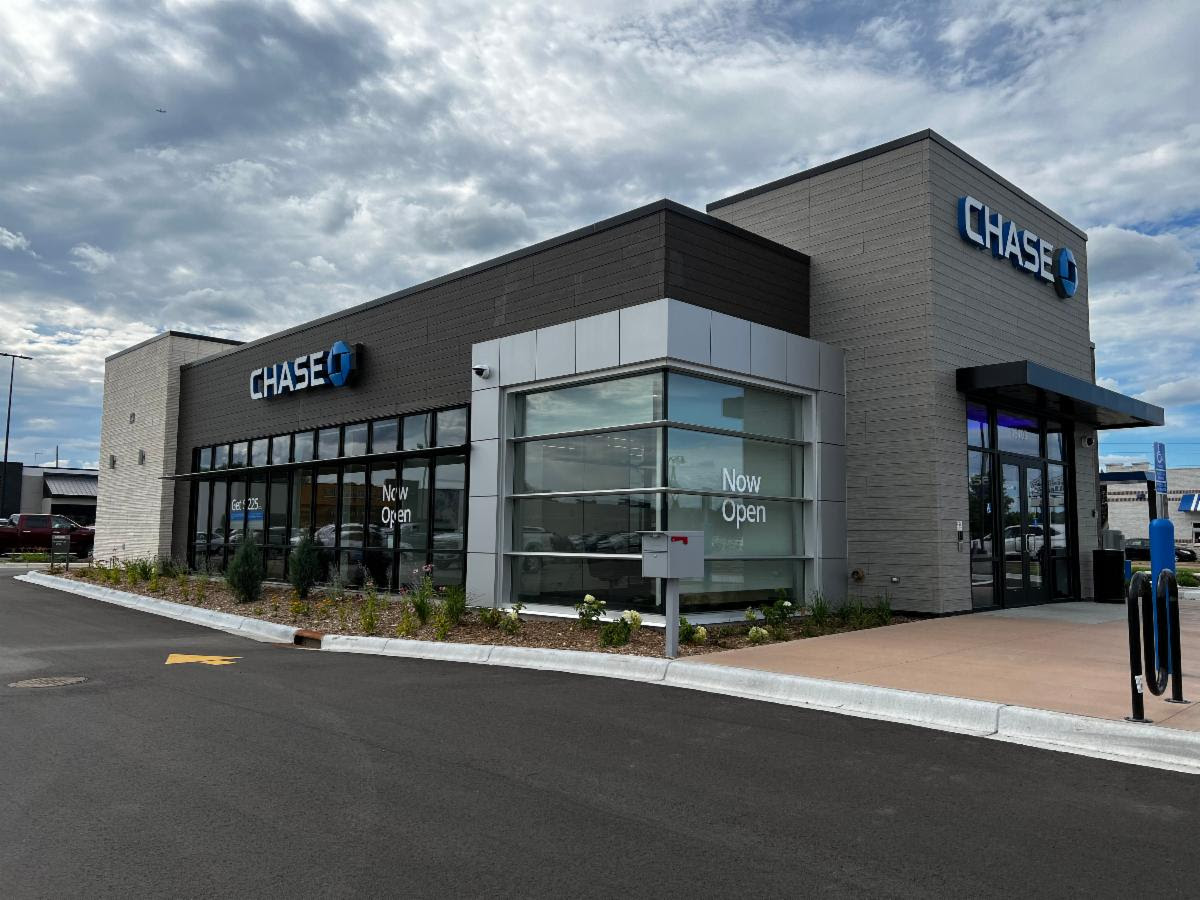 JPMorgan Chase Bank, N.A., doing business as Chase Bank or often as Chase, is an American national bank headquartered in New York City, that constitutes the consumer and commercial banking subsidiary of the U.S. multinational banking and financial services holding company, JPMorgan Chase. They began in 1799 and are currently headed by the famous name Jamie Dimon seen on tv very often.

Chase has 16 locations in the Twin Cities with this being the first “south of the river” except for a branch on S. Robert St. just outside of St. Paul.