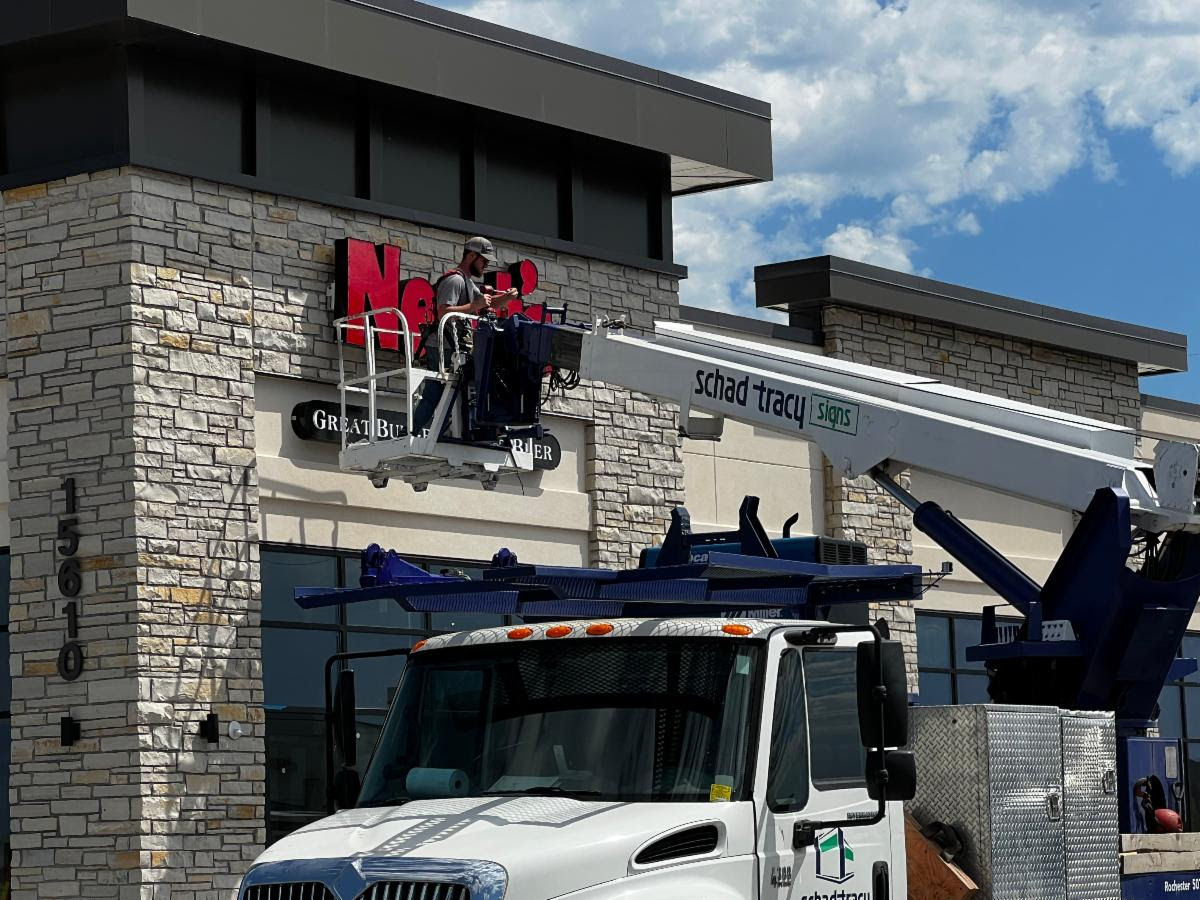 NEWT’S new sign up was just installed yesterday in the front and another sign added behind the building below. (The Chamber is always there!)

Newt’s is a family-owned burger place with 4 locations in Rochester and close to opening in APPLE VALLEY.
Newt’s was founded in 1980 and known for its casual atmosphere, classic rock tunes, popcorn, burgers and beer — has their new location in Apple Valley across the lot from Texas Roadhouse to be known as Newt’s 46.

Newt’s menu features over a dozen burgers and they will feature more than 30 Minnesota beers.