Eagle Pointe Development has razed the former club house and most trees at the FORMER APPLE VALLEY GOLF COURSE, a 9-hole course at 140th and Garden View just before reaching McAndrews and Valley Natural Foods.
We reported over a year ago this would happen. Later there was a great deal of resistance from residents nearby. They filled City Council Chambers and circulated an online petition for changes. The concern was that there would be far too many “high density” apartments in addition to the condos and villa homes.
The zoning was changed to “low density residential” to fit many of the changes requested and more in line with homes there. The issue was resolved and construction is now beginning a year later. 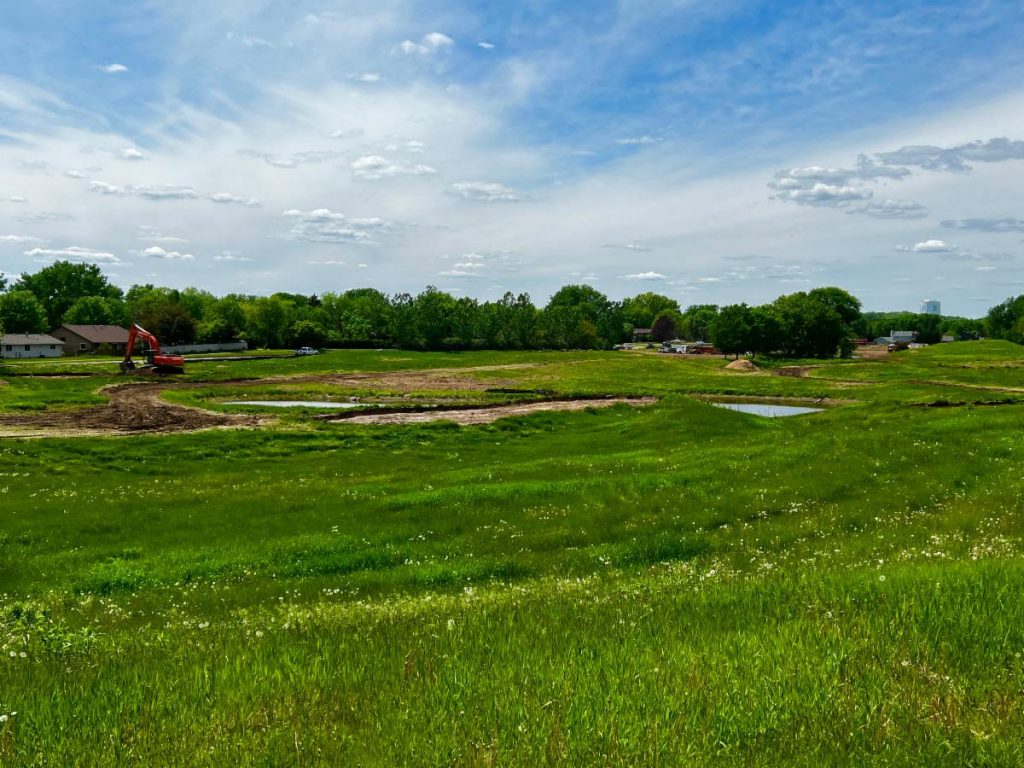