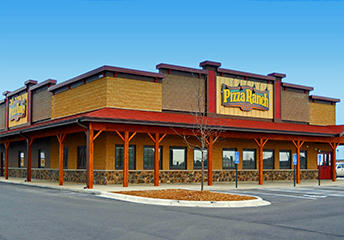 Not for lack of business but for other reasons, PIZZA RANCH APPLE VALLEY has closed after 10 years. Chamber President Ed Kearney had coffee with owner Dan Peterson of Stillwater and learned that Dan is thrilled to keep his CROOKED PINT Restaurant in Apple Valley operating next door as it is doing very well. Dan decided to sell most of his restaurants throughout the Twin Cities (he also owned other Pizza Ranches and other restaurants) in order to focus on his favorites, be less worried during this labor shortage and simplify his life to focus on quality time with his family and grandkids. He also intends to spend more time at his second home in Florida.
SO WHO IS MOVING INTO PIZZA RANCH?
Dan, who still owns the property, has three signed leases and will divide Pizza Ranch into a dentist office and two other tenants that he can’t name yet but are ready to build. He likely would have kept Pizza Ranch going except these new tenants are a fabulous addition to Apple Valley and the youth workers that Pizza Ranch depended on were difficult to find and keep.
Ed Kearney noted “Dan is such an approachable and nice person who always has time for others and continues to be very successful and an asset to our community. We are fortunate he has signed three new businesses on this ever-growing Pilot Knob neighborhood.”
Share