CHAMBER REPRESENTS YOUR INTERESTS WITH THE COUNTY 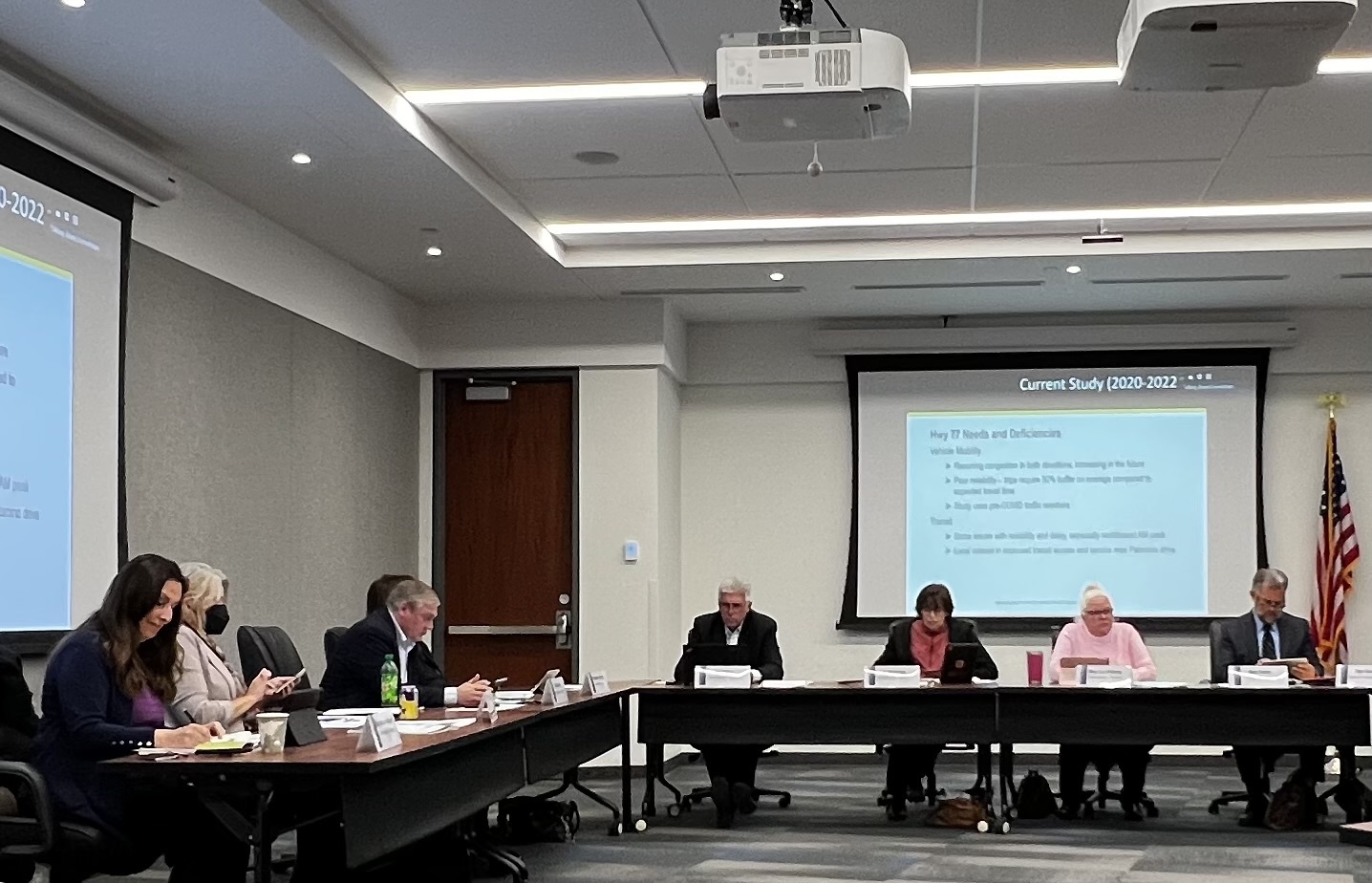 CHAMBER REPRESENTS YOUR INTERESTS WITH THE COUNTY

The Apple Valley Chamber was representing your interests with the County this week. Chamber President Ed Kearney joined City Administrator Tom Lawell who both testified before DAKOTA COUNTY COMMISSIONERS about CEDAR LANE EXPANSION NEEDS just north of 140th and Cedar. Both also noted other traffic flow concerns. This DAKOTA COUNTY COMMISSIONERS MEETING was held at the Western Service Center in Apple Valley instead of their usual Hastings County Building. Ed also brought up some of the history of the Cedar corridor and that protecting business access is our paramount concern which we will always fight for.
One interesting item we learned is that federal law requires any road improvement expansion to include noise walls of which that particular short stretch would be over $50 million. They noted they plan a repaving of Cedar just to the north of 140th to the Minnesota River Bridge for $44 million. The County, Chamber and City all agree with the Commissioners that expansion should be done at the same time or near that repaving in order to not disrupt business and residential access more than once for such a major project. Three options are for a northbound 3rd lane only, a 3rd lane on both sides or a HOT LANE which is an E-ZPASS toll lane on both sides during rush hour congestion.
There was great discussion from County transportation staff that Cedar has not returned to pre-pandemic traffic levels yet like so many other parts of the Twin Cities. Cedar was congested pre-pandemic 24.4% of the time but is only fully congested 5.8% of the time now. This seems an obvious reflection of how many workers are working from home or hybrid office visits.
We were able to see Commissioner Mary Hamann-Roland (former Mayor of Apple Valley for 22 years) in action as County Commissioner and throughout she was smart, well versed in every topic, participated heavily in all discussions and was very influential with persuasion of others.
Share