CONSTRUCION HAS BEGUN ON NEW CHURCH IN FORMER AV MENARDS 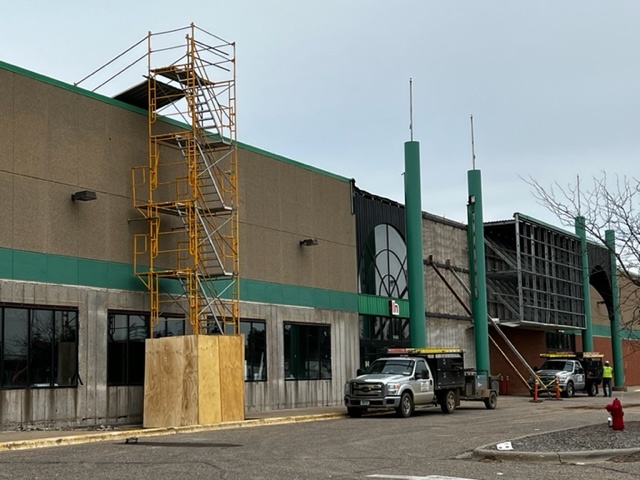 CONSTRUCION HAS BEGUN ON NEW CHURCH IN FORMER AV MENARDS

Back in February we informed you about the plans for Eagle Brook Church to replace the former Apple Valley Menard’s. In October, their plans were approved by the City and construction has officially begun (photo above). Eagle Brook paid $6.5 million in cash for the property. They plan to remove about half of the 161,521 sq.ft. former Menard’s and leave about 58,139 sq.ft. to hold a 1,000-seat worship auditorium. We are not sure of the full design but in Anoka, Eagle Brook converted a former K-Mart into a church and even removed a huge portion of the concrete floor to create a bowl for that 1,000 seat auditorium. The Apple Valley church will be twice the size of their Blaine location which is at 40,000 sq.ft. Artist rendering below.