YOUR UNEMPLOYMENT INSURANCE RATES ARE ABOUT TO INCREASE ﻿UP TO 30% 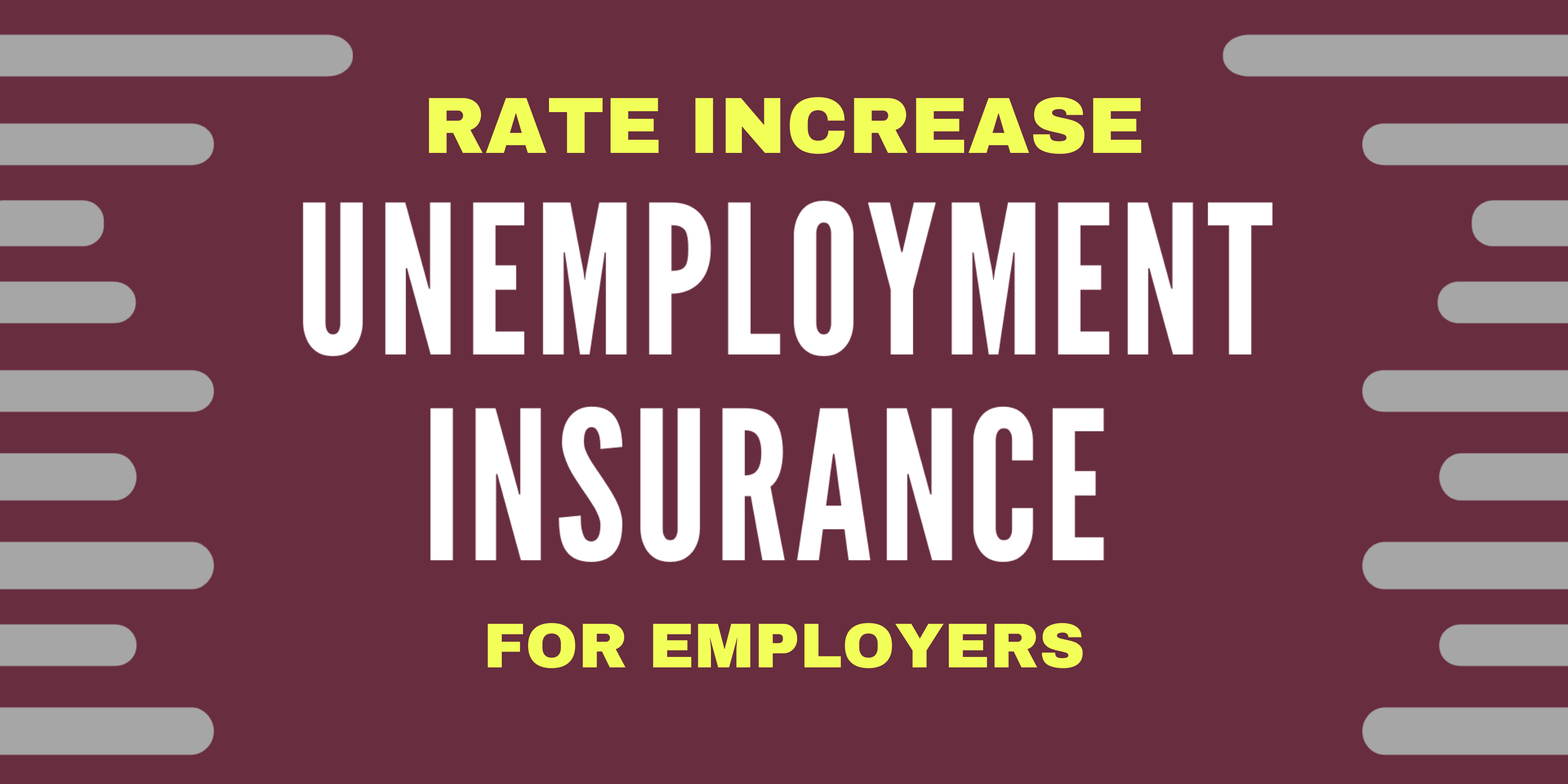 YOUR UNEMPLOYMENT INSURANCE RATES ARE ABOUT TO INCREASE ﻿UP TO 30%

AV CHAMBER NOTE: The MN Senate Passed the UI payback of debt from the Pandemic. It is a vote to replenish the UI Fund without raising businesses UI Tax. It would come FROM A STATE SURPLUS OF $9.25 Billion (Plus another $1.1 billion surplus of Federal money from American Recovery Act) but the MN House failed to pass it. It will take up to $2 billion to replenish UI fund.
We might note IT FAILED BY ONE VOTE, 66-67 in the Minnesota House. Both Apple Valley House Reps voted NO against it though our phone calls weeks ago with both Reps led us to believe they would vote yes. MN Chamber called us and said Apple Valley is the key vote.
The Governor is for it, MN Chamber is for it, All Chambers are for it in statewide joint letter from all Chambers, and our Senator Clausen (D) voted YES for it in the Senate where it passed on time and non-partisan.
A few weeks ago, we asked our Apple Valley Chamber members to contact our two House members as we also contacted them about this new UI tax increase. Apple Valley’s two Reps Bierman (D) and Huot (D) both voted NO.
It is still not too late to make your voice heard as House Speaker Hottoman (D) says it can still be changed if by April 30th. She is the main holdout as she is tying UI to sending bonus checks out to pandemic workers.
NOTE FROM CHAMBER PRESIDENT ED KEARNEY: The following is the headline letter from St. Paul Chamber of Commerce President that I think notes the impact much stronger than I can. Following that are notes from a call with DEED (Dept.of Employment & Economic Development) on 3/22/2022. They are the notes portions concerning Unemployment Insurance rates going up due to inaction by the House.
ST. PAUL CHAMBER PRESIDENT’S NEWSLETTER
Last week the Minnesota legislature blew a billion-dollar unemployment fund deadline. I sat down to write a letter to the editor in response, and still continue to struggle with my sense of disbelief. Here is what I said – and would say again today.
“This politicking is unbelievable.
This week, since the Minnesota Legislature failed to make a deal to bring Minnesota’s Unemployment Trust Fund to solvency before the March 15 deadline, a $2.7 billion payroll tax increase went into effect for Minnesota employers.
The state has a $9.25 billion surplus, people. Resources are available.
The March 15 deadline (yes, this WAS the deadline) wasn’t a surprise.
Couldn’t get it done.
Read more in my blog, It’s Our Business.Each week I post thoughts and a quick read on things I think you should know.
See you in the trenches.
UI NOTES FROM DEED CALL 3/22/2022
Evan Rowe, DEED UI
Legislature was not able to come to a deal re the UI trust fund.
So tax rates set in Dec and therefore the assessments that will be calculated off those tax rates are still state law. And still the bill that will be due.
Q1 UI taxes are due April 30.
Darielle Dannon, DEED Legislative update
Today is the day the Gov is releasing his revised supplemental budget.
For context: in November we get an estimate of revenue the state is anticipated to collect, the Gov comes out with a recommendation for the legislature about how he’d recommend we spend. And then we get final estimate of future revenues in Feb. that’s the “Feb forecast.” that projected more revenues, $1.5B more, than previously anticipated.
Today Gov/other commissioners are out announcing additional recommendations.
The Gov continues to have proposal to replenish the UI Trust fund. Will continue to work on getting this done. Would ensure that the taxes Evan referred to would not go into effect.
Elizabeth, DEED employment #s update
DEED January employment #s. released 2 months. Jan #s last week, and Feb #s on March 24.
Relatively good news. Last week’s report showed positive momentum. MN gained 10,200 jobs in January. Of that, private sector gained over 9K jobs. So big growth despite omicron in the backdrop.
Jobs growth: 9 super sector gains: mfg up by over 1K, financial/prof and bus services, leisure/hospitality.
Losses: construction.
UI rate ticked down to 2.9% from 3.4% in Dec of 2021.
Still seeing racial disparities in terms of who’s finding jobs. Black Minnesotans still having harder time getting back into employment.
Black unemployment rate was 6.2% for Black Minnesotans and 5.6% for Latinos (12-month rolling average).
Women dropped out of workforce during pandemic, gap is closing.
Labor force participation rate rose to 67.6% in Jan. we’re thinking a lot about connecting job seekers to good jobs. Participation rate remains more than 5% higher than the nation. And it’s growing.
Careerforce team has done more than 100K calls to potential workers…
Share