APPLE VALLEY CHAMBER AT THE CAPITOL 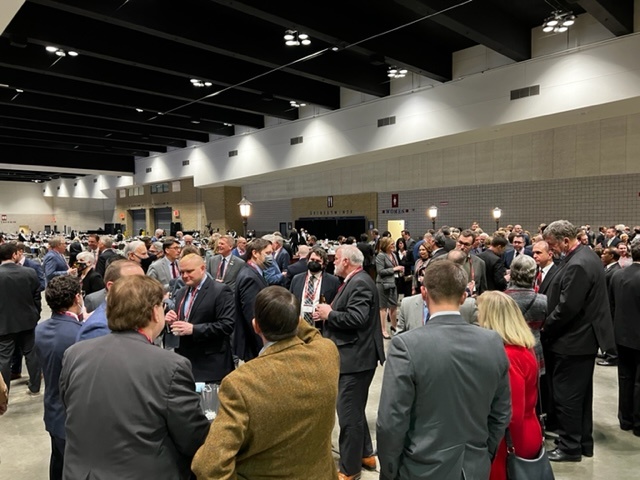 APPLE VALLEY CHAMBER AT THE CAPITOL

Chamber President ED KEARNEY and Chamber Chairman THOMAS ROBAK of Sterling State Bank were in St. Paul Monday for two reasons:
REASON #1: Meet and Listen to Gubernatorial Candidates:
DFL
Republicans
Republican Caucuses held Monday statewide had Sen. Scott Jensen in 1st place by a wide lead (38%), Senate President Paul Gazelka of Gull Lake in 2nd place (14%) and Dr. Neil Shah 3rd place. It should be noted that former Hennepin County Sheriff Rich Stanek (who has spokeen 2 times to AV Chamber over the past decade) announced the day of the caucuses that he is officially running for Governor. 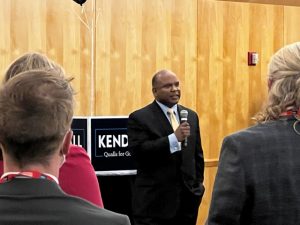 (above): Kendall Qualls for Governor 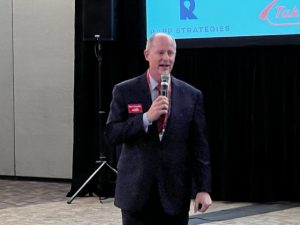 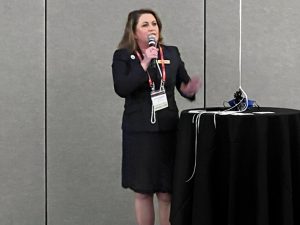 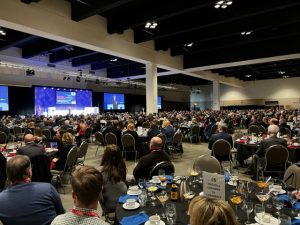 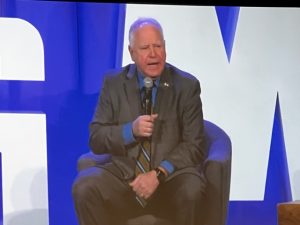 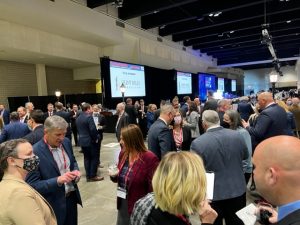 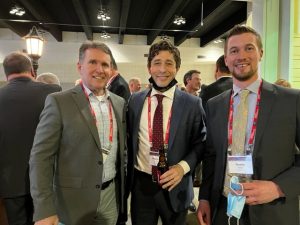 (above): Minneapolis Mayor Frey (center) had a great long discussion with Apple Valley Chamber Chair Thomas Robak (right) and Apple Valley Chamber President Ed Kearney (left).
STATEWIDE CHAMBER PRESIDENTS MEETING
Chamber President Kearney participated in two days of issues and debates with statewide Chamber Presidents and MN Chamber.
One of the notable sessions was a debate about issues and positions from DAVID HANN, CHAIRMAN OF REPUBLICAN PARTY and KEN MARTIN, CHAIRMAN OF DFL. Issue topics varied from retail and restaurants solutions to high business taxation, and a presentation by State Senior Demographer Dr. Eric Guthrie about how long this hiring problem will continue statistically into our future.
We met in many sessions with Doug Loon, President of MN Chamber.  A very interesting session by Private Economic Developers showed us what is currently most important in winning and/or retaining businesses in our cities. Many sessions were about everything from healthcare, diversity, transportation, the $7.7 billion state surplus etc.
NOTE: Chamber President Ed Kearney is on the Board of MCCE which is part of MN Chamber and unites statewide Chamber Presidents. Ed is serving in his 4th year as he was elected to another 3 year term in 2021. 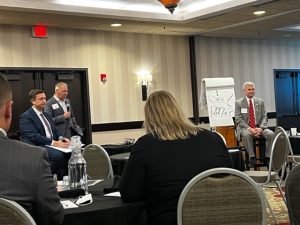