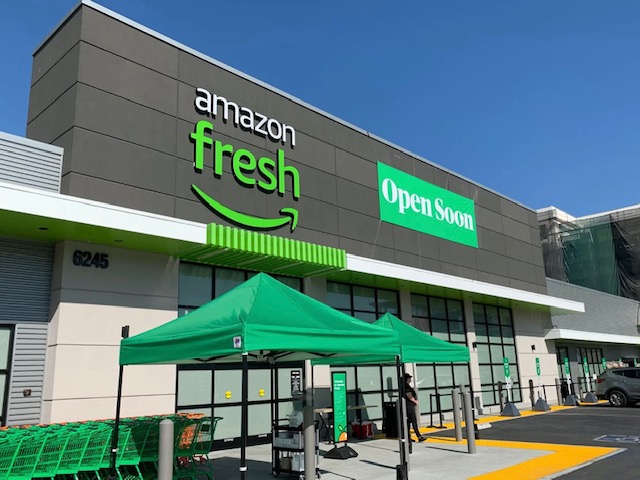 AMAZON TRIPLES PRESENCE IN EAGAN
AMAZON is opening in a new building in Eagan on Lexington Ave almost directly across from the Regional Post Office Facility (photo below). It will be a “last mile” facility for Amazon in addition to the two other Eagan facilities next to the new Eagan Costco and the other on Hwy. 55 almost across the street from Union 32 Brew Pub (also near new Viking’s headquarters). 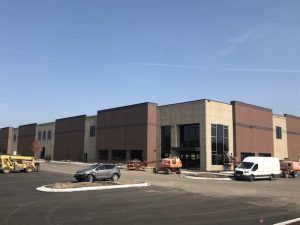 AMAZON HAS PERMIT FOR BURNSVILLE
Last year Amazon was given a permit for Burnsville in their Cobblestone Center on 42 & I-35 where TJ Maxx used to be. We asked nearby stores who was moving in and no one was sure but from the color scheme, it appears it might be an AMAZON FRESH store for groceries. These are new cashierless stores opening in California and Illinois and now maybe here. None of the Twin Cities grocery chains have over a 20% share including Cub, Walmart, Target, Costco or others such as LUND’S BYERLY’S according to Axios. HyVee is new into the market just as Amazon is planning. 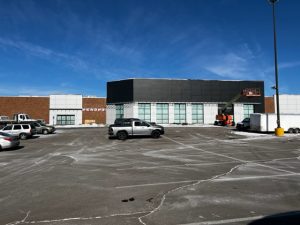 (above): the building in Cobblestone Center in Burnsville which appears to be an Amazon Fresh Store. 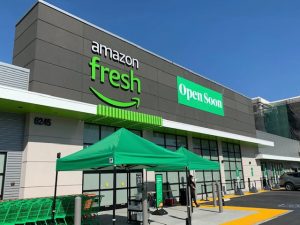