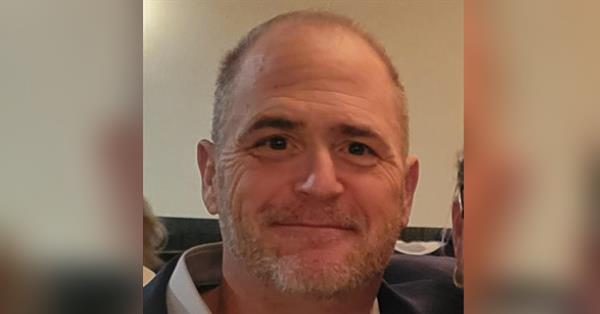 DALE EDWARD SCHLEETER (pictured above), 52, owner of QUALITY DENT REMOVAL in Apple Valley died last week from COVID. He and his wife, Melissa, owned and operated Quality Dent Removal in Apple Valley for over 20 years and this past September, the Chamber and City performed a ribbon cutting ceremony for his new business AUTOLUX PROS that was adjoining to Quality Dent Removal.
Many of you know Dale from our Chamber Golf Tournaments where Dale would join us at the After Party and he would put dents in Chamber President Ed Kearney’s car and show you how he would take them out to perfection. Dale was such a fun and humorous person who also competed in serious dart tournaments. We once watched him throw 3 bullseyes in a row at his shop. Wow!
Dale was also very generous with the Chamber and so many non-profits. He really cared about people as much as cars. If you walked into Quality Dent, first thing you would see would be salt-water aquariums where he had all kinds of fish including sharks, sting rays, colorful coral and all kinds of fish. Kids loved seeing all the fish in the movie “Finding Nemo” that he had there. He recently gave the sharks to MN Zoo as they were getting too large for his huge tanks.
His wonderful wife Melissa ran the shops with him. It is kind of ironic seeing a photo of Dale on the reception desk of him scuba diving in the ocean with sharks all around him,yet it was Covid that got him in the end. He was quite the entrepreneur and if you met him, you’ll never forget him.
His friends and family gathering is open to all and will be held on Friday, January 14th 10-11 a.m. at Klecatsky & Sons Funeral Home in Eagan. A memorial service will take place at 11 a.m. at the Funeral Home for Dale. Location is 1580 Century Point, Eagan. He will be missed by so many.
Share