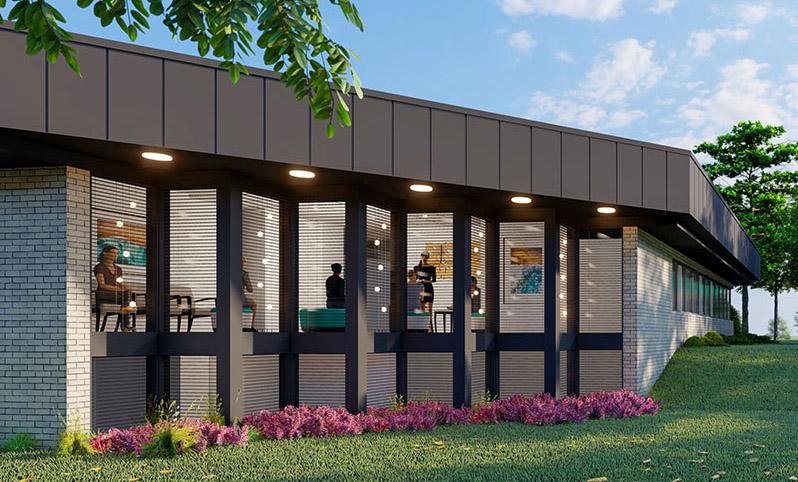 Located across 42 from US Bank, we reported many months ago that Minnesota Women’s Care had opened in Apple Valley. Here is them adding signage to this busy corner. 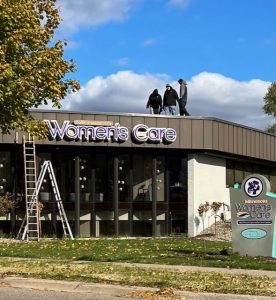 While speaking of this corner of 42 & Garrett, we might note that Chamber President Ed Kearney is on the task force along with the City planning department and Public Works for the future changes being planned by the County for changes to 42. Just a week ago the change was made final from removing the light there at 42 and Garrett Ave as was in the County’s 1999 42 Plan, and instead this light will remain at least until 2040. They had planned left only and traffic could not cross 42. This removal if allowed to stay would have been difficult for all the restaurants, hotel, Wing Financial, FIT Academy and other businesses. This is a very welcome change the Chamber and City recommended to the County over the last year for their 2040 County 42 planned changes. We are also all on a different task force monitoring and recommending any changes to 42 and Cedar as well as Cedar north of Apple Valley and adding lanes.
Share