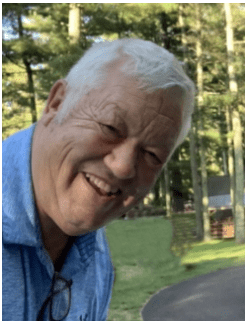 One of the original founders of Von Hanson’s Meats DOUG THEIS (pictured) passed away quietly in his sleep October 29th. His service and interment was yesterday as we just learned of his death. Doug was a silent partner of Von Hanson’s in 1989 to managing partner in 1994. Doug and Von Hanson’s has every year been very generous in donations with our Chamber. More important but less visible, Doug was sure to donate to any youth group, team, band, scouts boys and girls, school cause, and almost every local sports team. So many of us has cooked and sold brats donated by Von Hanson’s just outside their stores on the sidewalks. Jim Friend our Past Chamber Chair and with Frandsen Bank attended the services and told us many stories about how generous and kind Doug was.