Why Are They Digging Over by Uponor? 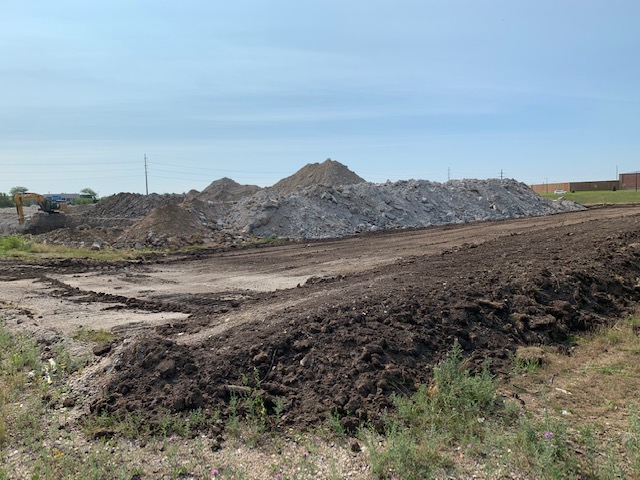 Why Are They Digging Over by Uponor?

Just north of the new Menard’s and east of Uponor, heavy equipment has dug a very deep hole and huge soil and concrete piles. What actually is happening is that while Menard’s purchased about 50 acres, the remaining 10 acres was acquired by Scannell company (out of Indianapolis) who works closely with Menard’s throughout the country. The million dollar project is to return the soil for the building of a new business campus of which construction will begin this fall and has already been fully approved. The new buildings will be a 117,000 sq. ft. campus built and owned by Hebert Commercial Properties who already own the Apple Valley Business Campus. They also own many buildings in Apple Valley, Rosemount, Burnsville, Lakeville and St. Cloud and are headquartered in Lakeville. Contact Herbert Commercial Properties if interested in their new location being built. 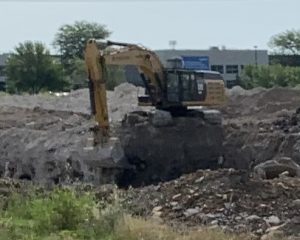 The entire site used to be owned by Hanson Pipe, a worldwide conglomerate who made concrete drainage pipes for water drainage infrastructure. You may recall the huge row of pipes lined up on 42 in front of the current Menard’s for decades up until just a few years ago. The factory on the site often had imperfect scrap concrete that they buried on the land and now needs to be removed. If you look closely in the smaller photo above you can see the equipment operator on the edge of the pit they dug. The operator was hitting the land under him over and over with the claw to try and break up the concrete which was very very thick under the soil beneath him.
The City was the facilitator who worked with Scannell company who paid about $200,000 and the remainder of the million dollar project was paid through a DEED state grant with no local tax dollars being used.
Share