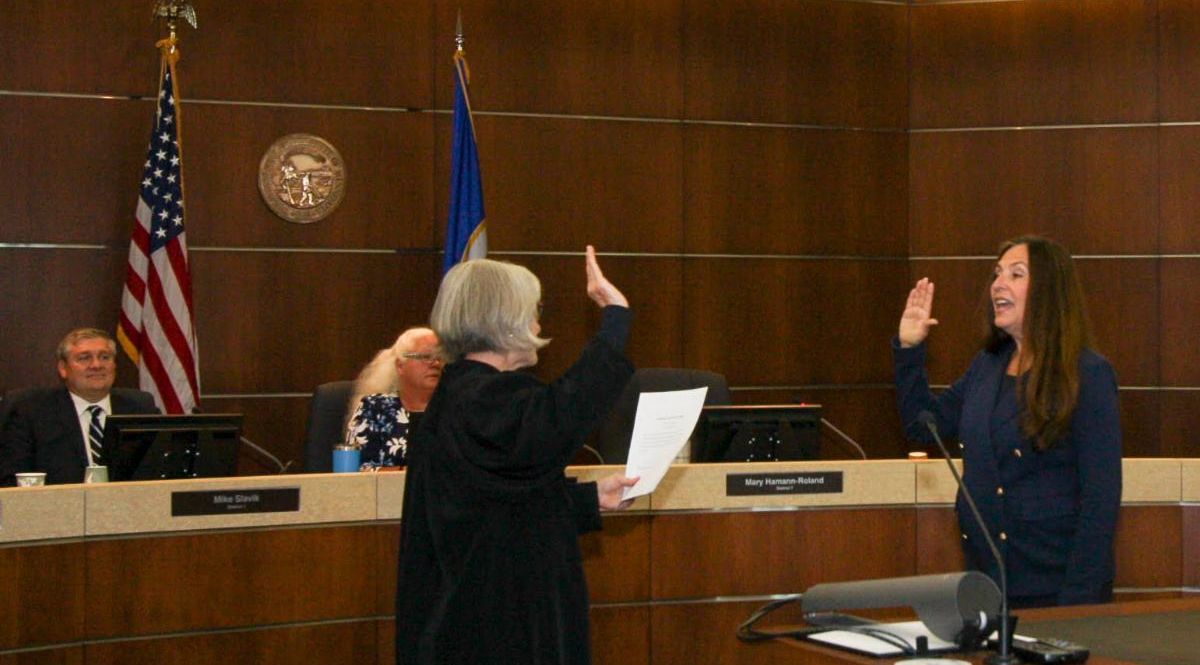 The ceremony with the County Judge swearing in former Mayor Mary Hamann-Roland took place in Hastings last week. The delay was due to COVID, though Mary was actually a County Commissioner with her oath of office on December 21st. This one was before the entire Commission.
Chamber President Ed Kearney and Past Chamber Chair Karen Kirkman joined in the official ceremony at the County Commissioner Chambers in Hastings along with the Apple Valley City Council, City Administrator Tom Lawell and Planning Director Bruce Nordquist. Mary’s sister also flew in from Ohio to witness the event. Commissioner Mary’s precincts in District 7 which she represents is all of Apple Valley and the western portion of Rosemount. She does however vote on issues which affect all Dakota County cities and towns as well as infrastructure, transportation, taxes, law enforcement, parks, waterways etc. Congratulations officially to Commissioner Mary. 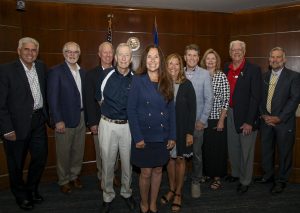