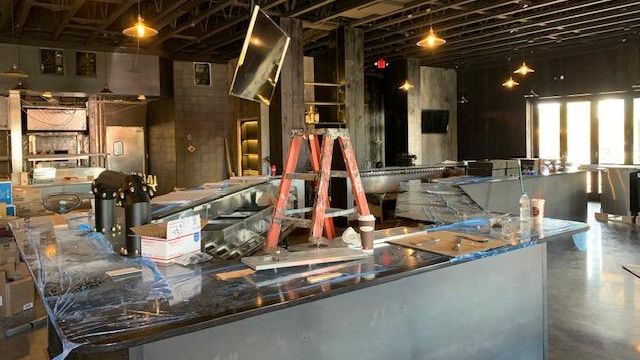 As we reported several months ago, “The Misfits Collective” will replace what was most recently PR Bar at the corner of 150th & Galaxie Ave in Apple Valley. The Eye’s Wide Open Group, which has a collection of restaurants including Bourbon Butcher & Volstead House, will bring a “new open design concept” to Apple Valley. They will employ up to 120 people overall and their menu will be fluid to highlight the specialties of all of their chefs and thus will constantly change.
The bar area (as seen above) looks similar to what it was before, at least so far. Many walls were removed to open up the space. New concrete has been poured at the front entrance. On the outside, they have removed the concrete from the patio, added a roof over a third of it for shade and inclement weather, painted the stone columns black and added the decorative wood structure on the patio. We do not know of when exactly they plan to open, but last we heard it was in June.
Share