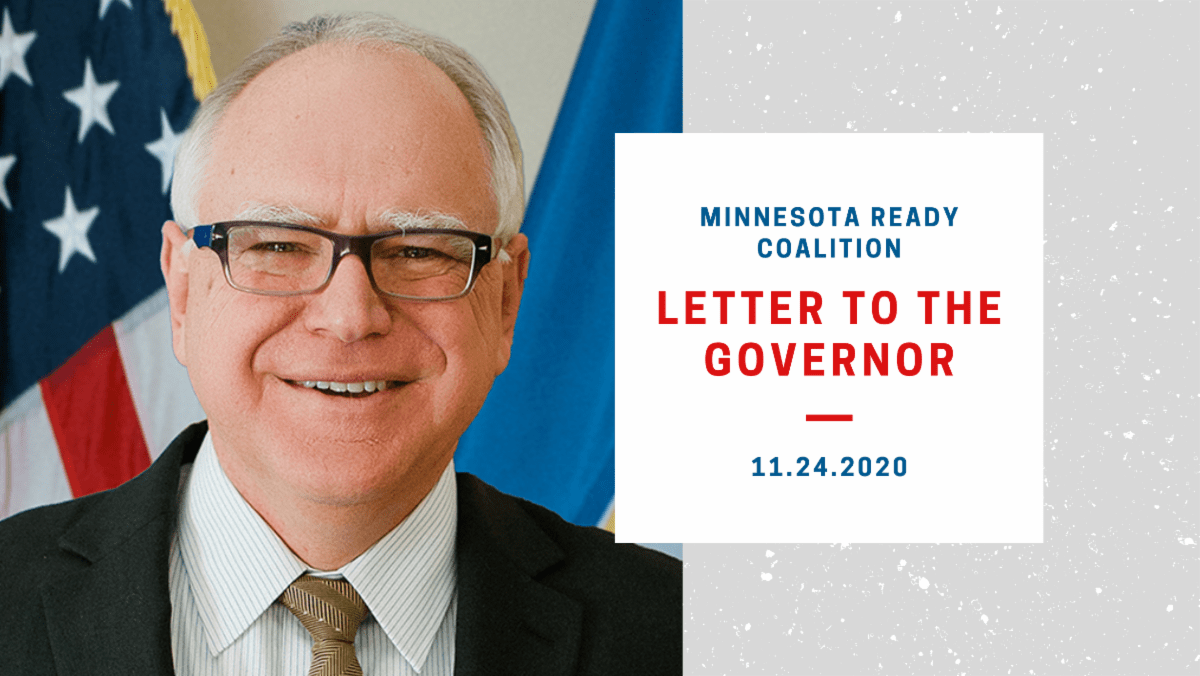 APPLE VALLEY CHAMBER NOTE:  Last week and early this week, we were on zoom video conference meetings with DEED Commissioner Steve Grove as he called on each Chamber President by name for them to tell him about our city’s business concerns. The Governor depends upon DEED as his lead on business concerns related to COVID. And they do listen as most of what our Chambers collectively have asked for since last spring, the Governor has implemented.
We also drafted the following letter (seen below) along with 80 other Chambers of Commerce as the ‘Minnesota Ready Coalition’. The letter mentions CONCERNS AND SUGGESTIONS TO GOVERNOR WALZ which addresses PPP, WORKFORCE, BUSINESS LIABILITY AND STATE & LOCAL AID.  We want you to know we are working behind the scenes every week on your behalf so that your voice is being heard loud and clear.
We wanted all this in motion last week and before Thanksgiving as time is of survival’s essence for so many of our members.
This letter was also sent to:  Speaker Melissa Hortman, Senate Majority Leader Paul Gazelka, Senate Minority Leader Susan Kent, and House Minority Leader Kurt Daudt.
CLICK HERE FOR PDF OF LETTER >
Share