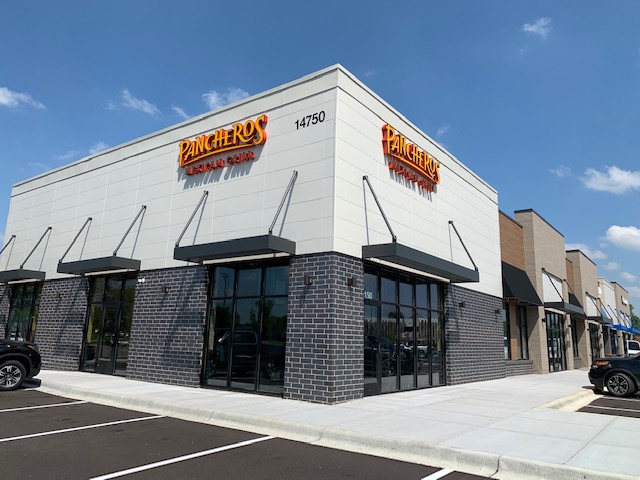 Located on the corner of 147th & Cedar, PANCHEROS MEXICAN GRILL will open July 21st, Tuesday at 10:30 a.m.  When we were talking to the company headquarters Director of Operations Craig Noah, he told us that 75% of sales is burrito meals. They make their dough fresh each morning, have fresh-pressed tortillas and use a unique spatula to tear down the walls between meat, rice, beans and salsas. They are fast casual much like CHIPOTLE and have mostly booth seating for 70 people.  They also serve burrito bowls, tacos, quesadillas and salads. Owned by owner Bob Thomson, age 94, who actually owns 6 Pancheros restaurants in Arden Hills, Bloomington, Brooklyn Park, Fridley and Golden Valley. Pancheros operates 8 locations in MN and over 60 in the US. This morning when we were taking photos for our Chamber members, there were people already trying to get in to eat. They started originally in Iowa City in 1992 by founder Rodney Anderson who modeled them after the Chicago taquerias he used to visit with friends as a teenager.