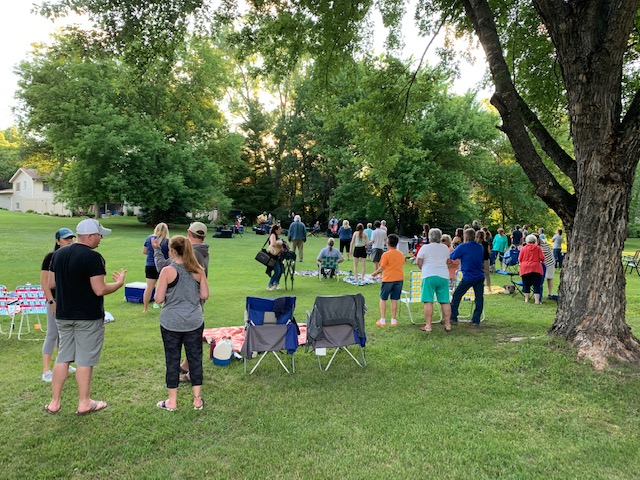 Since large concerts and festivals are all cancelled, it was refreshing when a neighborhood invited Mayor Mary and Chamber President Ed Kearney to join them in watching a spontaneous concert from a band who call themselves “Donut Patrol”. The band includes Greg Douma, current Music Director for Eastview HS along with Judy Sagan, former Music Choral Director at Eastview who retired in 2011. Playing everything from great classic rock, crowd sing-a-longs and bringing up kids and entire families to sing in the mics, it was a night of joy. During this crisis, we hope more neighborhoods invite their neighbors and start spontaneous family music nights or talent shows to keep sprits high – all the while keeping social distances. Do something on your block, street, cul-de-sac, association, condos or apartment! 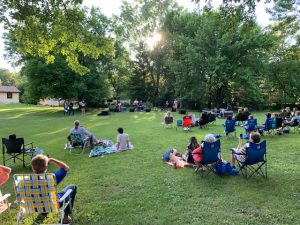