State of the City Address 2019 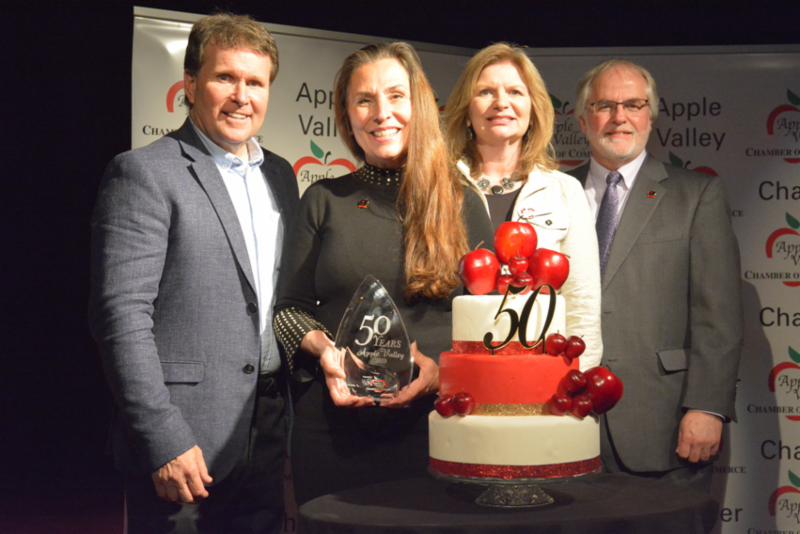 State of the City Address 2019

Once again, Mayor Mary did not disappoint with a sensational presentation at our APPLE VALLEY CHAMBER LUNCHEON where she gave her ANNUAL STATE OF THE CITY ADDRESS. Different from the last few years which offered the presence of local basketball stars, brothers Tyus Jones (Duke winning 3 pointer in National Championship and present NBA Timberwolf) and his brother Tre Jones (star on Duke now), Mayor Mary highlighted the number one reason people live and locate to Apple Valley: EDUCATION.
The event began with Mayor Mary appearing on the giant screen in Bogart’s with Twin Cities Live TV daily host Elizabeth Ries at her home broadcasting. The Mayor ran out of Twin Cities Live host’s home and magically appeared a moment later at Bogart’s. Chamber President Ed Kearney and Chamber Chair Karen Kirkman interrupted the start of her speech with a special crystal 50th ANNIVERSARY AWARD presented to the entire City Council from the business community. Immediately, VIVO came to the stage with a huge decorative 3-tier 50th ANNIVERSARY CAKE FOR THE COUNCIL. There was also a special giveaway of 2 gold medallions, donated by Jay F. Jeweler.
With “every” Principal from every K-12 school in Apple Valley present as well over 30 students being honored from those schools, Mayor Mary made our best and brightest very proud. Special guests were recognized from the CEO’S of our largest companies from AVR, WINGS, UPONOR and MINNESOTA ZOO and many other regional and state leaders. Special applause was given to CHEF ANN KIM, who grew up in Apple Valley and graduated from school here. Ann won the WORLD’S TOP CHEF HONORS IN 2019, THE JAMES BEARD AWARD FOR THE MIDWEST. Mayor Mary marched through the dozens of new businesses, new business expansions, whole new housing neighborhoods as well as thousands of new apartments, new restaurants and shops to demonstrate how Apple Valley is literally a city on the move upward.
Click here for all State of the City photos.
Share 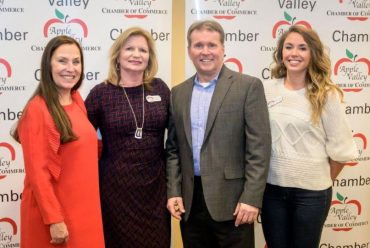 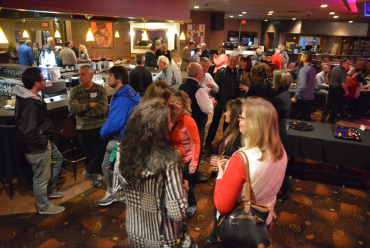 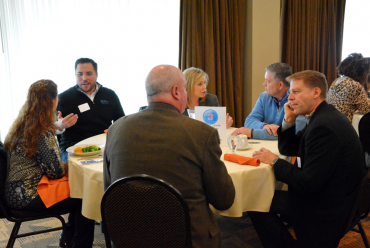 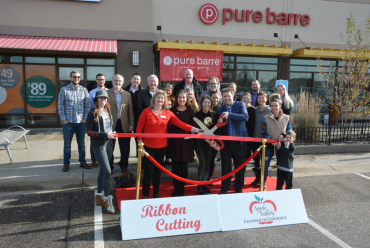 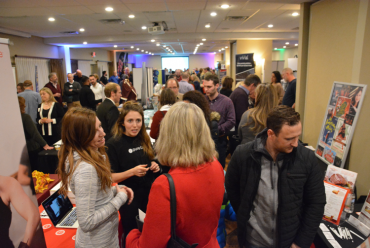 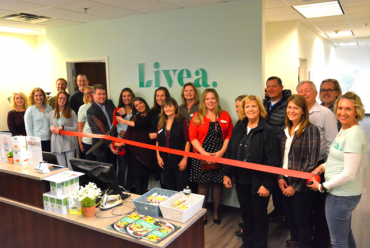 NEW SALON OPENS NEXT TO THE TAVERN